I bequeath thee my teeth

The last few months have been busy ones and updating my blog has fallen to the bottom of my priority list. It seems that every day brings a new home project, after-school activity for the kids, or a doctor/dentist appointment on top of work. It is a dentist appointment that actually got my blog-typing juices flowing. After cleaning up the mess that resulted, I decided to act on the impulse and provide a brief, 1,500 word summary on a recent experience.

My teeth have never been what you would call “straight”. I took forensic science in high school and one activity was to bite a styrofoam plate to see how dental records could pin-point a crime perpetrator. The one thing I took away was to never participate in a crime that would involve me biting anything as my dental imprint is incredibly unique. My classmates knew immediately when they saw my Styrofoam plate that it was me who had bitten it (or it was perhaps a chart of the Dow Jones Industrial average over a 10 year period).

As a result of my snaggle-teeth and repeated cavities, the dentist and I have never gotten along too well. Well, he actually loves me (going so far as to thank me for his children’s college education every time I come in and naming the filling procedure a “Varner” in my honor) but the feeling is less than mutual. Over the course of my childhood, I spent so much time with my mouth open and someone working on my teeth that my favorite animal was always the crocodile. 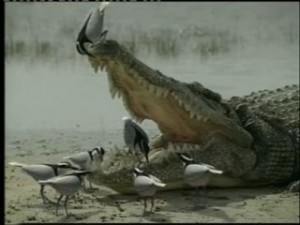 Over the course of my youth the dentist and I got to know each other well. We even had a set of cues that he would recognize while working on me. For example, after numbing me, he would start working on my teeth. If the numbing medication wasn’t fully ready, I knew that all I would have to do is shriek in agony and he would know to give me more numbing agent.

My frequent visitation of the dentist came as the result of a variety of reasons. There were the routine cleanings, I’ve had a tooth knocked out playing football, and a rock-throwing incident that led to a fake front tooth. You name a dental procedure and more than likely I’ve had it. Cleaning: check. Filling: check. Extraction: check. Root canal: check. Crown: check. In fact, I’ve had so many fillings that my mouth has the second largest silver deposits behind the country of Mexico.

With my dental past you’d have assumed I would have used my dental frequent shopper card to put some work into perfecting my pearly whites. Or in my case, my dingy off-whites. Suuuure I could have paid to have my teeth straightened and whitened. But how much money and time is worth perfect teeth? First of all, my current teeth do their two intended purposes just fine: chew food and assist in opening slippery ketchup packets. And I am not too sure that perfect teeth would make that much of a difference anyway. I have used the miracle of Photoshop to render myself with perfect teeth and, while you can see I definitely look amazing, it’s not THAT much more amazing than normal. 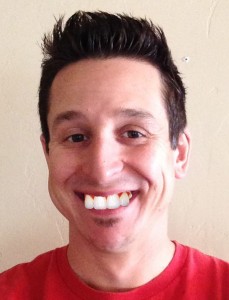 Unfortunately, while my children have absolutely no other genetic trait of mine, Lynsey did inherit my teeth. Try as we might to train her on proper brushing and flossing techniques, her mouth is THIS close to being declared a protected Sugar Bug habitat.

Poor Lynsey hates the dentist too. She’s had her share of fillings and even root canals. I, on the other hand, happen to be very happy with our current dentist. His name is Dr. Chao (pronounced “chow” – perhaps the best name for a dentist this side of Dr. Diagnoseandtreatteethissues) and his office is located in Green Valley. For those of you unfamiliar with southern Arizona, Green Valley is a large retirement community. As a result, me and the family are a little outside of his normal patient demographic. It is nice when we come in for checkups because he makes us feel like celebrities (“hey crew, come in here and take a look at this! It’s a set of actual originals!”).

On our last dental checkup, the dentist informed us that several of Lynsey’s root canals had become infected and the corresponding teeth would have to be pulled. Back when I was a wee lad I had 6 baby teeth pulled at one time. It seemed they were so comfortable in my mouth that they refused to come out on their own. I remember that dental visit and the corresponding tugging/bleeding vividly. I knew Lynsey would not be in for a good time. As her father though, I told her it wouldn’t be fun but it would be over quickly and that she would be fine. This while fighting every urge within me to yell “FOR THE LOVE OF ALL THAT IS HOLY LYNSEY! RUN AWAY! IT WILL BE MISERABLE!! GO TO CANADA BEFORE IT’S TOO LATE!”

I drew the short straw and got to sit in with Lynsey during the procedure while Karina handled Ashton and Alyson. I had prepared myself for situations like this though. Always fearing my inability to assist my children in the event of a gruesome injury, I subjected myself to repeated viewings of MTV’s Scarred when it was on. This show featured graphic footage of horrible, scar-creating injuries (primarily resulting from skateboarding). It is my assumption that the producers would refuse to even consider a video unless there was a bone poking through skin or a limb facing the exact opposite direction than what would be considered “normal”. You’d be surprised how few of the highlighted scars were the result of a wart removal. I reasoned watching this show would help me be prepared for similar injuries amongst my own children. While my children rarely skateboard, they do often participate in activities that could lead to a significant injury such as a deep paper cut when reading.

For the most part I did my best not to look directly at the goings on and instead focused on my phone. I did marvel at Dr. Chao’s form though. It was quite impressive how he handled all of the scary looking tools in such a manner that the patient wouldn’t see the apparatus that was about to be plunged deep within the recesses of their soft mouthal tissue.

The first tooth came out relatively easily. The second put up a bit of a fight though. This is when Lynsey started to freak out a bit. By the time the third and hardest tooth was on the docket, Lynsey was panicking. This tooth was a stubborn one, acting almost as if it were designed to stay firmly within the mouth. I had to hold Lynsey’s legs and the dental assistant held her arms. It finally came out and Lynsey’s nightmare was mostly over. (She was a champ. It did not look fun at all)

I was doing ok until it was time to change her initial gauze. I made the mistake of watching the gauze change so I would be prepared to do it at home. It didn’t bother me at first. Then a few seconds later a pang of nausea came over me, I started sweating, and my vision closed in. I recognized these symptoms from a particularly uncomfortable blood donation session and knew I was about to blackout. I told my brain, “ok, so we are going to do this huh?” Playing it cool I asked the hygienist if they had any water. In my mind, my plan worked to perfection. However, in retrospect, it was probably pretty obvious what was happening as I was dripping sweat asking “Doooboo hab any wobber?” Thankfully she understood my question and directed me to the lobby where I dutifully stumbled.

At first I slumped in the lobby chair as I attempted to drink out of a cup in a smooth manner. When that didn’t help my symptoms, I decided to lurch outside where I found a planter to lay down on. This did the trick and I was back to normal in no time (slightly damper though).

The rest of the visit went uneventfully and, once the bleeding had stopped, Lynsey was able to enjoy a shake as a treat. She is back to normal now thankfully. Just slightly less calcium-y.

No Replies to "I bequeath thee my teeth"