For men only! (No gurls allowed)

Before we get started I need to make sure that it is only us guys as I want to commiserate with the gentlemen about some issues with our women. So, ladies, look away. Now, for reasons I am not sure of, you may be unclear as to whether you are able to read this blog. Use this handy flowchart to find out: 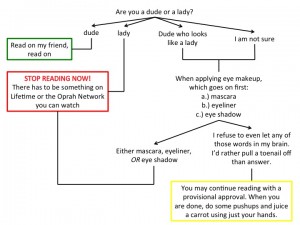 So, now that it’s just us guys, I’m going to get casual (BRAAAAPPPP) and let a few things off of my hairy, hairy chest (PPPFFFFTTTTT). First of all, like we do in any of our manly get togethers, I’d like to give you a status on my emotional health. I am doing well, just feeling a bit underappreciated. I just wish people could look deep inside me and realize I am a serious guy with real hopes and real dreams. Why doesn’t anyone take me seriously? 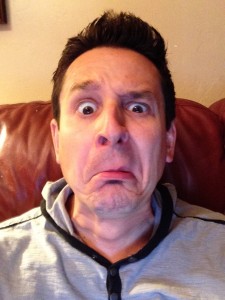 Also, I am feeling a bit nagged by my wife. Don’t get me wrong, I married way out of my league. She is more beautiful, funny, intelligent, and sweet than I deserve. However, I am getting a wee bit perturbed due to what I perceive is a lack of logic on her part.

Now, as a manly guy like you, I know the frustration of trying to understand the logic behind something with very little logic. I will warn you, do not strain to find the logic behind what I am about to tell you as there is NONE. I have spent many an hour in solitude trying to understand the womanly thinking behind this and have arrived at the conclusion that, like trying to figure out why Adam Sandler continues to get paid to make movies, some things just don’t make sense.

I’ll start at the beginning:

When we got married we had to divvy up the household chores. So, we had a sort of a “draft” for the chores. Even though it was just the two of us, I still somehow got the third pick. Initially I was satisfied with the chore split. I got the laundry and dog poop and she got dishes and some other house tidying things. It did not take long to realize I had been swindled!! For one, it turns out my dog poop pick was retroactive so I had to start by cleaning up the poop she had heretofore neglected to clean (from 2 large dogs with exceptionally well functioning bowels over the course of 2 years). I was out there forever!! I’m pretty sure half of what I picked up dated back to the Mesolithic Era.

Far more concerning was my second realization. In addition to the chores we had divvyed in an apparent “even” manner, I also got all of the mechanical, electrical, and plumbing fixes as well as EVERYTHING outside by default!! Maybe to other men this wouldn’t seem like an issue. I on the other hand was a fresh-faced, metro young man who was about as qualified to work with an electrical issue as a boll weevil (a female one at that).

For several years we kept this chore breakout even as I brought home the proverbial bacon. When it came time for me to take the plunge and leave my former job to work at home with Karina, a revision to our chore list was in order. This revision saw all of the chores going to me while she took….well…that’s what the revision saw. To Karina’s credit, she is the President and CEO of our company (also the janitor and head of security) and does the lion’s share of that work.

So as part of our business deal I was tasked with doing the dishes. I thought this was no big deal. After all, we have a dishwasher. How hard can it be? I just throw the dishes in the magic robot and it cleans them for me. This is a huge leap in technology from when my siblings and I grew up. We had to do the dishes with a sponge and a sink full of water. There’s nothing worse than reaching for a spoon at the bottom of the sink and grabbing a random food clump. Except having to do dishes on spaghetti night. My forearms stayed the hue of spaghetti sauce for a good fortnight.

After my first load with the dishwasher I came to a horrible realization: it is nothing but a glorified sprinkler. It does nothing but tickle the caked on food! Karina informed me I still have to “pre-wash” the dishes. WHAT IS THIS?! So not only am I doing the exact same thing I did before in the proverbial dark ages but now I ALSO have to wedge dishes Jenga-style into the washing box?! Then it gets 4 hours to do them? (Do you hear that mom?! 4 hours! And you thought I was dilly-dallying after 20 minutes.) Being the man I am, I accepted my new duty with a disapproving grunt. 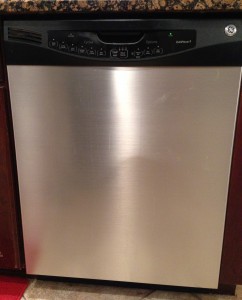 You are useless…nothing but a glorified dish heater.

I meticulously cleaned…errr…PRE-cleaned my first load of dishes and loaded them in the washer. Then, just because it’s the kind of guy I am, I went above and beyond my strictly stated task of “doing the dishes”. I went and washed down all of the food particles in the garbage disposal. Ready to accept my gold star, I called Karina over to inspect the thorough job I did.

Her response when she came over? “You are not done”. WHAT?! You see, apparently I hadn’t read her mind…a clear mistake of mine.  In Karina’s family, “doing the dishes” (yes, that is literally ALL of the instruction I got) also includes wiping down the counters. Now you say “David, that makes sense. If you get the counter around the sink wet while doing dishes, of course you wipe it down.” I agree with you.  But that is logical. It makes sense. And my wife, who is a woman, prefers to communicate…ummm…how to say this….in a more creative fashion.

I’m thinking I will try and pull the same thing on her. I will tell her that, when you chose “do Alyson’s laundry”, that also entailed performing oil changes on all of our vehicles and sweeping the front porch. Just using the same “lack of logic”.

Whatever I do, I must be wily though. She is always one step ahead. I was innocently sitting on the couch enjoying time with her family over Thanksgiving when she brought this topic up to her mom and sisters. In an incredible display of the women’s pack mentality, her mother and sisters backed her up. WHAT?! How in the..?! I concisely explained my logic behind my thinking that “doing the dishes” means “doing the  dishes” and if it also meant “plus something else”, that should be included in the name of the task or at least in the stinkin’ instructions. I LITERALLY cannot win if there are no rules to the game.

Oh well, I am sure you men can understand where I am coming from. We should get together and have a sharing of our stories. Perhaps laughter can heal our pain of being saddled with logic but unable to use it.

I am supposed to do the laundry now so I had better get going. As I have no clue what else may be involved in “the laundry” I am also going to scrub the toilets, brush the kid’s teeth, and clip the dogs’ toenails.

I would like to add one more piece of information to my completely bulletproof argument regarding the dishes. This resulted from interaction between Karina and I on the 30th night of December in the 2013 year of our Lord.

Exhibit A: I arrived home late at night and realized that the dishes that had been accumulating in the sink had been done for me. With a heart full of gratitude I immediately went up to Karina and thanked her for "doing my dishes". She responded with "your welcome". This interaction provides implicit evidence that we both felt she had done the dishes according to our individual standards.

Exhibit B: Lo and behold, I was in the kitchen today and realized there was crumbs on the counter. You know, THE SAME COUNTER SHE SHOULD HAVE WIPED DOWN IF DOING THE DISHES BY HER OWN STANDARDS. You may think that perhaps these crumbs were left in the time between after she had concluded the dishes and when I realized that, as always, I am right. But no, the crumbs on the stove were also UNDER the very pan used to cook last night’s dinner. The dinner cooked BEFORE she "did the dishes."

I have provided pictoral evidence of the crumbs I encountered today. 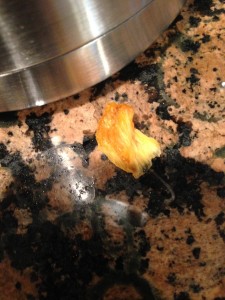 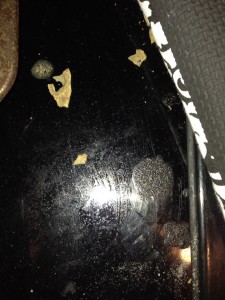 Conclusion: She either inadvertantly demonstrated that I am indeed correct in that doing the dishes should include (and ONLY include) doing the dishes. OR, she accepted my gratitude under false premises knowing she did not in fact "do the dishes."

Realizing that there was literally NO WAY to refute my evidence, I joyously bounded in singing "I’m right and you know it" in a tasteful and not-at-all bragadocious fashion. 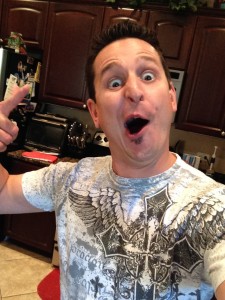 However, as happens in every other discussion, she somehow managed to convince me I was wrong. 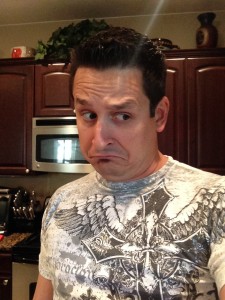 No Replies to "For men only! (No gurls allowed)"