As most of you are most likely aware by now, my littlest sister Christine Brecht was announced as a cast member on Big Brother Season 16 (or #BB16 as social media savvy folks have taken to calling it on “the Tweeter”). For those of you unfamiliar with the show (as I must admit I was) a cast of complete strangers are thrown together in a house full of cameras to live with each other with the goal being the last houseguest standing. I am hoping the elimination process has more to do with voting than Hunger Gaming but, I am in either way. The last houseguest standing wins the grand prize of half a million dollars (a cool $12.85 after taxes). 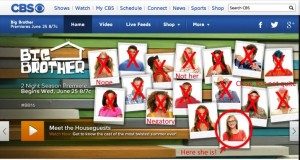 While living in a house of cameras with a group of strangers may seem like a terrifying prospect for many of you, this has been her lifelong dream and I am so proud it has become a reality for her. However, I was not aware that lifelong dreams actually came true every once in a while. I feel kind of foolish wasting my dream all these years on spontaneously growing a third arm. (You must admit, that would be amazing and ridiculously convenient) 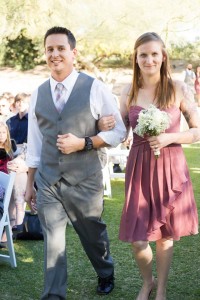 While pride is definitely the overwhelming feeling for me at the moment, I can’t help but feel slightly jealous. After all, I have been trying and trying like crazy to get on Wipeout to no avail…literally spending at least 7 minutes on submitting applications. And all of the sudden my sister gets on a national TV show on her first try. Well, don’t forget who your Big Brother really is Christine! It is on. I am upping my game to get on TV. Forget Wipeout, I am going to try some other shows…maybe Maury or Hoarders.

Christine is a super smart, funny woman so I am confident she is going to own the competition. Am I nervous that my sister is on TV? Sure. I am slightly afraid she will embarrass me on national TV. In my mind, every conversation will end with her saying "and that reminds me how my big brother didn’t stop wetting the bed until he was 15." And heaven knows I would NOT want that to get out. 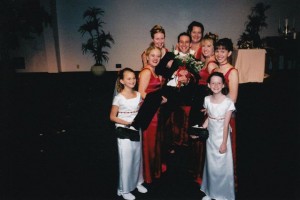 Don’t forget who was holding my shoe big shot!!

Although the cast has only been public for one day, one of the tougher things has been some of the responses on social media from the Negative Nancy’s and Ned’s coming out of the woodwork. For example, the local news posted on Facebook how a local woman was going to be on Big Brother and a flurry of highly opinionated comments followed. I understand that this kind of thing is going to happen now, especially as the competition advances. But I couldn’t help laughing at some of the ignorance. Most of the negative comments had to do with the show itself. For example, there was this comment:
"who cares? read a book."
Literally. With that lack of capitalization. On a post telling us to read a book. 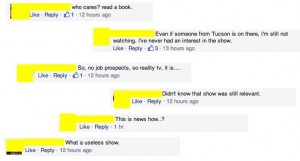 There were also a TON of posts decrying the show as a waste of time and people taking time to post that they will not be watching the show. (I had been holding my breath so their updates were appreciated). So, let me get this straight, those of us who will be watching are wasting the precious time we are blessed with on this earth? I suppose a better use of my time would be trolling local news stories on Big Brother to insult the show and make sure everyone is aware I will not be watching? I have been doing it wrong this whole time!!

One of my favorite comments was the person saying how irrelevant the show is…the show she is commenting on…proving it’s relevance. Yeesh. My irony sensor was about to explode. There is literally more irony in the comments section of that article than in the picture below: 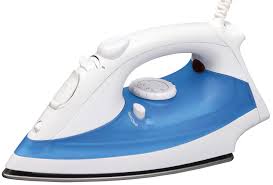 I definitely look forward to Christine’s run in the show. Make sure you vote for her when you can. I will be blogging about my viewing of her journey consistently (if and when I feel like it). 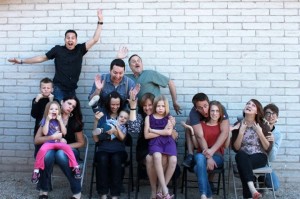 Despite how she may come across on the show, we really do have a pretty normal family.