Every once in a while on evenings when the Biggest Loser or a football game isn’t on Karina and I will sit down and watch a movie together. While neither of us are extremely picky when it comes to movies, our tastes are definitely different. I am more of a stupid comedy, action, mystery kind of guy (preferably a movie with any 2 of those 3 attributes – such as Naked Gun). Karina on the other hand is more into dramas or smarter comedies. And while she enjoys romantic movies from time to time, that’s not her favorite genre. It’s generally hard to find a movie we are both excited about (some Adam Sandler movies being the exception) so we’ll trade off watching one another’s choice. I’ve made her watch some action flicks and, in return, she has tortured me with some romantic movies (The Notebook for example). And, as a side note, a movie loathed by both of us was the “romantic” Time Travelers Wife. I almost dozed off while watching that movie (BORING!) and kind of wish I did fall asleep. My dream would have probably had a better storyline and faster pacing, not to mention flying unicorns!

Well, the other night Karina gave me full discretion to pick a movie. I went to the Redbox and did not see anything I had been really looking forward to seeing. So, I checked down as it were to my B-list: movies that had sounded interesting on earlier visits but were not the most attractive in the box. In this case, we went with Limitless. I was excited thinking this movie was an overdue biopic on the life story of Chuck Norris. Unfortunately, it was not.

Limitless is a movie about a down-on-his-luck writer who stumbles upon a miracle pill that unleashes the normally untapped potential of the human brain. It stars Bradley Cooper and Robert “I have nipples Greg, could you milk me?” De Niro. 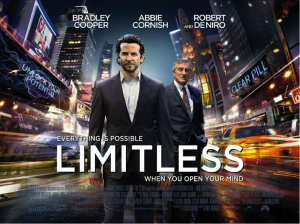 Incidentally, this movie was filmed before Bradley Cooper was recently named People Magazine’s Sexiest Man Alive. This can only mean that last year’s winner Ryan Reynolds has tragically passed away. Oops, a quick Google search indicates I may have jumped the gun a bit on that supposition. Apparently Ryan Reynolds is still alive. What the?! How did he lose his sexiness? What does this award mean anyways?! A man loses his sexiness on only 1 year?! Well, explain 2 time winners Brad Pitt or George Clooney to me! I am going to assume that, once named People’s Sexiest Man Alive, it goes to their head a bit. And, as I am sure the ladies can vouch for, there is nothing sexy about an inflated ego…unless you are a cast member on Jersey Shore.

I haven’t done too much research on the topic (I swear) so I am not familiar with the origins of the award. Is there a reason it is called Sexiest Man Alive and not Sexiest Man Ever? I am assuming there is general consensus that someone who has since passed was clearly the Sexiest Man Ever so now the award has to be qualified. Who was it? Ghengis Kahn? Abraham Lincoln? Perhaps King Solomon with his “cheeks like a garden of spices” and “body like bright ivory glowing with lapis lazuli”?

Well, regardless, congratulations to Bradley Cooper for joining an elite group of men who have conclusively proven themselves as the sexiest man alive on earth. A group of men that includes (and I am not making any of these up) Harry Hamlin, Mark Harmon, and Nick Nolte. 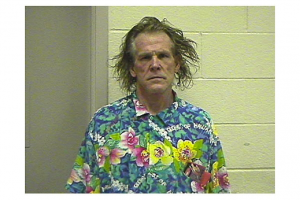 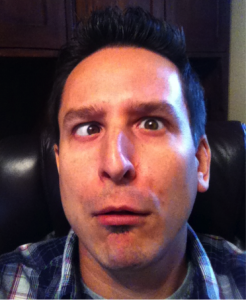 Have you ever stopped to consider how luck we are to live in the time we do? Not in terms of the technology that makes our lives relatively easy, but the fact that we are alive during a time when there are currently 21 living People’s Sexiest Men Alive! I propose that, just like the living US president’s get together every year, the sexiest men do as well to commemorate their amazing achievement.

Also, the selection of Bradley Cooper means 15 of the 21 Sexiest Men Alive have been American. I think we should mention that in the national anthem somehow. Join me in chanting: USA, USA, USA!!

Alright, I am off the Sexiest Man Alive topic. As I titled this post Limitless Movie Review I should probably throw in a few observations of the movie.

Karina and I actually both enjoyed this movie. It was well-acted and had some engaging visual effects. We both found the premise very interesting. Bradley Cooper’s character is introduced to the (non-FDA approved) pill that unlocks access to the 80% of his brain power that is supposedly not used. In practicality this means that Bradley’s (if I can call him that) character can recall anything he’s read, watched, or observed immediately. Thankfully for him, he has been exposed to classic literature and fighting techniques. Both of which help him in his ensuing adventures. Were this me, this would mean easy access to a compendium of Hardy Boys trivia and the ability to laugh nonstop at brain reruns of Bob Saget America’s Funniest Home Videos. Perhaps not practical, but I am sure we can all agree AWESOME!

Once his character becomes a genius, he uses it to climb the social ladder and make tons of money on the stock market. That’s all well and good, but I find it kind of absurd. If I took a pill that completely unlocked my brain’s potential the first thing I’d do is finish a ding-danged Sudoku puzzle. Then I’d do something that would positively impact mankind, such as devising a pair of earbud headphones with a cord that doesn’t tangle.

Well, as one would expect, Bradley’s market success causes him to run afoul or a business magnate (De Niro) and a Russian mobster. The rest of the movie follows his attempts to get himself out of trouble, sometimes depending only on his regular brain.

I won’t give away the rest of the story as I recommend you watch it. But Karina and I came away feeling satisfied. And it did serve to remind me to take my daily multi-vitamins.

No Replies to "Limitless movie review"