I always look forward to the Olympics every (other) year and have thoroughly enjoyed myself with this year’s competition. Having 9 channels showing different events have given me a more comprehensive appreciation for the variety of sporting events at the Olympics. Some of which I’ve never even heard of heretofore. Here now, are some random observations I’ve had…

2. Why do women have to perform EVERY competition in their bathing suits?! I understand swimming. That’s logical. But volleyball, running, gymnastics, shall I go on? I think this is discriminatory and demeaning against women. From now on, men should perform all competitions in this: 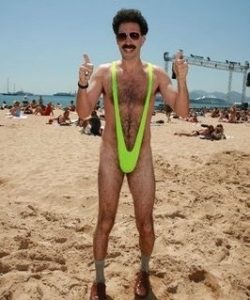 I expect a bit of pushback from the archery teams.

3. There are some Olympic sports that seem to appeal to a very small demographic. Like sailing. Is there anyone outside of Nantucket, Massachusetts who even cares?

4. And speaking of sports where the human participation is getting iffy, I’m pretty sure the Olympics don’t even care that the athletes are actually horses in the Equestrian Show Jumping competitions. If I can pay $30 at Old Tucson to do the same thing as those riders by not falling off a horse (granted, not in a fancy smoking jacket), I don’t think it should be in the Olympics.

5. This link had me laughing like crazy. I showed my kids and apparently they have a more mature and refined sense of humor because all it elicited from them was a slight giggle. It is some video footage of Olympic competitions with a few classy sound effects added.  Fart Olympics

You might be asking me now, “David, now that you’ve been exposed to a myriad of new competitions, what is your favorite?” I think I’m going to have to go with racewalking – or, more accurately, Aggressive Runway Model Strutting. I don’t doubt that walking 50 kilometers is a physically demanding experience. However, I am a bit underwhelmed by athletes I would beat by breaking into a slow jog. Never seen it before? Just imagine the activity below at about 1.5X speed. 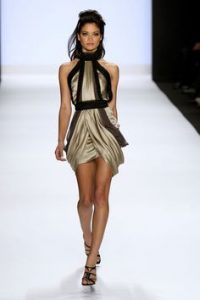 Oh well, I had better get going. The final heat in the women’s 363 Meter dash with hurdle batons is about to start. USA! USA! USA!

No Replies to "Olympic Observations"