The Abomination That Is The Pete’s Dragon Remake

This evening my family and I decided to hit the local multiplex to catch a showing of “The Secret Life of Animals.” How did I like it? That’s beside the point as I saw a trailer before the movie that caused me to burn with righteous indignation.

Many of you may have assumed this about me, but what I consider to be of utmost importance may differ slightly from other “normal” people. For example, a country run by either Donald Trump or Hillary Clinton? Eh, what can you do right?  But not returning your cart to the designated stall? HAVE YOU GONE MAD?!

I give you that pretext only to demonstrate how logical today’s opinion is: Disney has ruined Pete’s Dragon by remaking it! 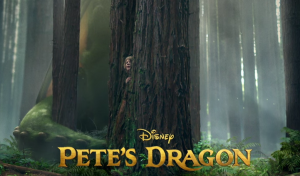 I am particularly passionate about Pete’s Dragon as it played an enormous roll in my youth. You see, it was basically the only movie I saw until approximately 1990 (I may have seen Labyrinth as well but my brain has blocked out all memories in an act of self preservation). As my only glimpse into Hollywood cinematic culture, it shaped much of what I expected in movies. For example, I assumed every movie included Helen Reddy singing in a lighthouse. 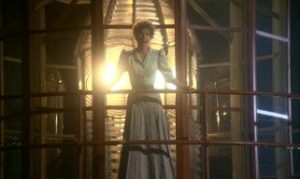 A still from Pete’s Dragon, Jaws, Breakfast Club, and Ferris Buehler’s Day Off  – according to my 1980’s brain

I was naturally excited when I heard Disney was planning on remaking the film. I figured this was an opportunity to replace some of the green screen animation with computer generated dragonry while still maintaining the original’s humor and charm. However, it only took about 12 seconds of watching the trailer to realize I HATE IT! This movie has apparently decided to remove everything that made the original Pete’s Dragon so loveable, like the quaint seaside setting of Passamaquoddy, hilarious and heartfelt songs, comically undersized dragon wings, etc. and replace it with a forest and a grizzled Robert Redford. Well, I say NAY!

This is Elliot and I shan’t be persuaded otherwise.

In fact, I’d wager money that the writer’s of the new version have never even seen the original and wrote the script solely upon hearing that the title would be “Pete’s Dragon. ”Given the task of remaking “Jaws”, they’d probably churn out a script focusing on an Orthodontist (with an environmental lesson of course).

I am so perturbed by this remake, that I am almost starting to understand the rage felt by the Ghostbuster’s purists who were upset about an all female cast. However, in this case, I would MUCH prefer the remake’s primary change to be an all female cast. (#PatriciasDragon) 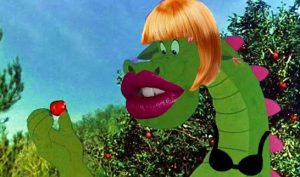 I just put a bra on a dragon…I hope this is my legacy.

So, in summary, I will be one person refraining from watching this movie. I hope my strongly worded opinion and vast social media influence cause this movie to only make hundreds of millions of dollars at the box office. At the very least, I predict it will do well at the Oscar’s in the “Desecrating the Cherished Memories of My Youth” category.

2 Replies to "The Abomination That Is The Pete's Dragon Remake"