Have you ever had a really embarrassing moment? One that makes you want to crawl under a rock and…do whatever one does when under a rock (maybe count spiders? Struggle to breathe?)? I had an experience like that today. But despite the discomfort I felt, I am reassured by the fact that it actually could have been worse.

There I was, packing up at the end of my workday and getting ready to go. Despite the fact that I was sitting, there was a spring in my step and a gleam in my eye. One of my final tasks is to disconnect the Bluetooth headphones I listen to music on. I find having songs in the background helps me to concentrate so I tend to stream music most of the day. I just so happened to be listening to a country song that came on my Cledus T. Judd station at the time. (I am a grown man and can make my own decisions! DON’T YOU JUDGE ME!). 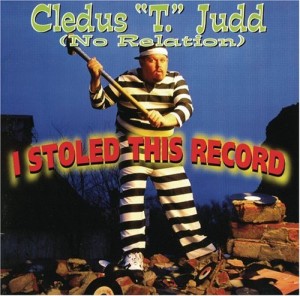 Well, when I turned off the headphones, my computer (lovingly programmed by one devious Mr. Bill Gates) thought my intention was to now blare my music at full blast to anyone in the general area. By the time I was able to realize my faux pas, analyze my options (run screaming like a child? Nah. Bludgeon the computer with any blunt objects in the vicinity? Maaaaaybe…), and mute the computer, a full, twangy verse had been belted out to all of my fellow working professionals remaining in the department.

Thankfully my brain’s trauma-coping mechanism blocked most of the lyrics from my memory, but I do recall the final line talking about partying with a beer. (Don’t bother searching for a country song that focuses on the benefits of parties and/or beer. Those criteria narrow it down to “All Country Songs Except Achy Breaky Heart”).

Despite the fact that the image represented is in no way my workplace, this is pretty accurate

You can imagine the humiliation I felt once I was able to cease the music and contemplate the situation. While I may have casually glanced to and fro for any human-sized rocks with space underneath, I was comforted knowing that the situation could have actually been worse. “Nay David! My feeble brain cannot fathom a non-public-nudity-involved situation that would cause more humiliation” you say.

While I may have been a shade short of crimson at the time, I am going to totally own this…by walking into work with a paper bag on my head tomorrow.

No Replies to "Well THAT just happened..."