One of the perks of being a work at home dad (besides reporting for duty in Batman underoos) is the ability to go on field trips with my kids. Normally the field trips are to your standard “field-trippy” destination; places like The Tucson Children’s Museum, the Sonoran Desert Museum, or the zoo. Sure, those are fun and I like animals as much as the next guy. But riddle me this: when was the last time you needed to know the diet of an African Elephant or the habitat of the Chilean Flamingo (Surprise! It’s South America)? Never right? And, if I did happen to need to know that information, I can go right to the zoo website and get the entire zoo experience except for one aspect: the odor. 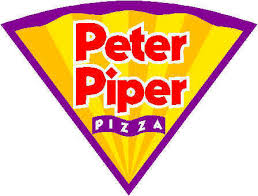 I was definitely looking forward to today’s excursion with gleeful anticipation. There was of course the risk that what I would see behind the scenes would violently ruin the illusion of perfection that PPP has in my mind…kind of like seeing Madonna without makeup. However, such is the passion with which I love Peter Piper that I was confident nothing could sway my devotion, save a rodent. (Ooohh, I like that sentence. I think that’s the one I will submit to the Whiting Writers’ Award judges. That or my classic “the resulting eruption was a solemn testament to the old adage ‘never chase a glass of Metamucil with Castor Oil’”.) 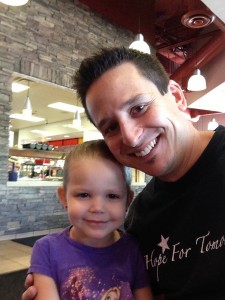 Our tour began with a walk behind the cash registers to the large oven. It was through this passageway that many a cherished pizza traversed prior to entering my own digestive passageway. 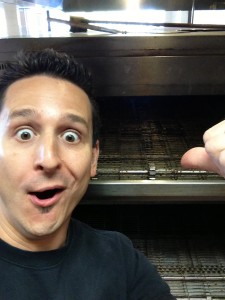 The pizza oven!! The raw ingredients go in at this end and magic comes out at the other!

Not wanting to prolong the time period with which several preschoolers were within feet of a 450 degree oven, we moved on down the hallway. On our right was the preparation table where the toppings are applied to the pizza pies. There were several personal pizzas set out for the kids to prepare. But alas, not yet!! The kids would only taste the sweet pizza reward after completing the tour. Immediately past the preparation table was the sauce vat. And by vat, I mean plastic garbage bin. The sauce was being stirred using a giant blender. And thankfully there was no lid over the sauce to prevent the natural herbs and spices that flitter about in the air from entering. Looking at all those gallons of sauce made me regret not bringing my swimsuit. 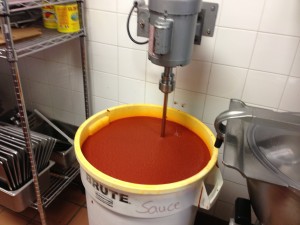 I’m not sure what this is..oh wait, thankfully the trash bin is labeled. This is sauce.

The next station was the dough preparation station. This is where specially trained craftsman (And women) shape the dough into balls and send it through a crust-shape-ifying machine. This is one area of the tour that slightly disappointed me. I was sure the dough was formed as a gentleman named Luigi tossed it in the air singing “when the moon hits your eyes…”. The lady forming the dough wasn’t even named Luigi. Lame!!

The last stop on the tour was the walk-in freezer. This is where various articles are stored at temperatures below the point where water freezes. What’s that?! You are insinuating that I wasn’t paying attention at this point? How dare you! Also, I was distracted by what I hoped was a future stop on the tour: 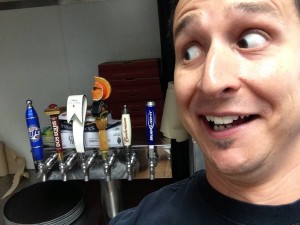 Oh, I hope there is a taste test here on our preschool field trip!!

After completing the comprehensive tour, we made our way back to the pizza preparation station. A quick mathematical analysis made me realize there wasn’t going to be a pizza for me to make. While a bit disappointed, I vowed not to let this ruin the day for Alyson. 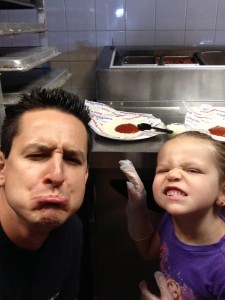 The kids did a surprisingly good job of making pizzas. They really resembled the versions that I have often bought. (Did I just insinuate the PPP artisans make pizzas like a 4 year old? Oops) Once the toppings were applied, the pizzas were set in the oven to cook. Working at a PPP always seemed like it would be fun, but I now realize it would be my dream job. After making the pizza and setting it in the oven like the real employees, it was off to the arcade for 15 minutes of games and contests! No wonder the employees look ecstatic working there. Being rewarded for putting a pizza in the oven by 15 minutes of games and prizes? Where do I sign up? 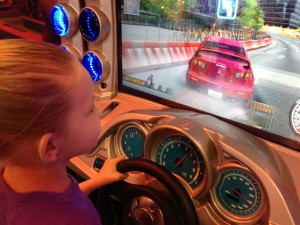 Speaking of prizes, the following sign caught my eye… 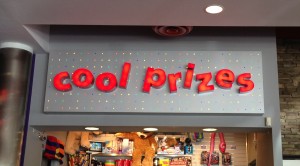 Looking at the selection of prizes, I immediately realized the cool prizes alluded to by the sign must be hidden behind these prizes: 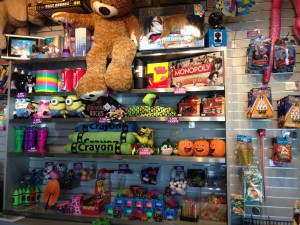 What’s wrong with these prizes? Oh, I don’t know. How about the 3 Stooges Monopoly?! Is PPP trying to convince me that market research indicates that kids who like giant stuffed crayons also like Monopoly and/or the 3 Stooges? I’d bet that game has been on the shelf since the 3 stooges heyday in the 1940’s. But I do not mean to judge. It may just be a substitute prize until they replenish their stock of Frank Sinatra 8 tracks.

After 15 minutes of delightful merriment, the pizza was ready. Alyson devoured her creation with relish (meaning slowly). We then redeemed her prize tickets for fabulous prizes (yes, I spent $5 in tokens for a set of plastic teeth) and set off. I can’t wait until next year’s field trip! 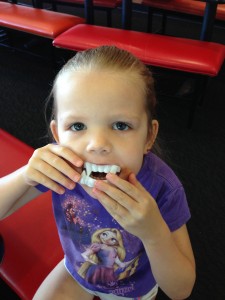 No Replies to "Field Trip/Best Day Ever!!"