An abundance of bad lyrics are making both my ears itch

I think we can all agree that our culture is in a precipitous decline (with the obvious notable exception of Conan O’ Brien…he is AWESOME). Reality shows about egotistical, over tanned, pompous northeasterners rule the airwaves (take your pick between the Apprentice and Jersey Shore) and stuff like this passes for “art”: 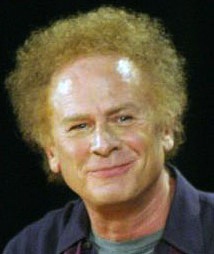 (For those of you less than thirty-five, that picture is of Art Garfunkel who is famous for something.)

But my main gripe with society has to do with our music, specifically, the lyrics. I’m not sure if I have just been paying more attention now, but it seems like the lyrics in today’s pop music are getting more and more stupid. “Not true” you say? “We need conclusive examples” you whine? “We are skeptical and privileged to be your friend” you point out? Well, here are three recent examples I have stumbled upon while listening to Ryan Seacrest’s Top 40 countdown. Whoa, whoa, whoa!! Don’t you be getting any wrong ideas. I subjected myself to Ryan’s witty banter and the catchy tunes to compile examples for YOU.

This touching ode to one woman’s self-confidence informs society that they should neither hate her nor trip because she is beautiful. It also includes the following lyric:

ere, you can stare but if you touch it I’ma bury”

While she gets points for including a synonym for “butt” in her song (my juvenile sense of humor gets a kick out of it) and the end of the sentence leaves me clinging for more information (WHAT will she bury?!), this is still an amazingly stupid line. She is cheating on her rhyme by using half of derriere to sound like marry. This lyric would have been a classic if she had rhymed the full word derriere (like with “fairy hair” or “Hairy chair” or “Gary’s lair”).

“Down on me” by Jeremih

This artist dug himself a hole right off the bat with his name. Not only do I have no idea how to pronounce it, it is driving my spell-check crazy. I do not in any way recommend anyone listening to this song. It’s subject is, shall we say, mature and the main instrument is apparently a space laser. Not only that, the online translation of the lyrics includes the term “incomprehensible”. I can assure you, this was not an actual lyric as there don’t appear to be any other words in the song bigger than 4 letters. The worst lyric of the song is this one:

“oh you look so sweet

what you work in Ballys

look at your physique”

I am pretty sure I gather what the “singer” is trying to say, but my grammatical editor alter-ego gets frustrated with the second line. Technically speaking, the answer to the second question (what you work in Ballys) should be something along the lines of “elliptical machines” or “the towel washing machine”.

Were this Snoop’s song he would have made the list but since his rap was only a cameo, he gets an honorable mention for this beauty:

I am not sure what he has against hot dogs in the summer, but the word “weenies” coming out of such a lyrical mastermind leaves me unsettled. Were it me, I would have substituted another, classier rhyming word such as “no linguine” or “blue jeanys”.

It just seems to me that today’s musical authors are getting lazy and creating meaningless sayings in order to make a rhyme. Back in the day, that NEVER would have happened. Perhaps I am just spoiled. After all, I did grow up listening to musical gold such as